Dr. Jen the vet is a national thought-leader in infectious disease and conservation medicine.  She’s been a practice owner, a relief vet, worked in public health, serves as a member of the National Veterinary Response Team, and is a Medical Reserve Corps member.  She serves on the advisory board for DVM360, PetVet Magazine, and VPNextGen and as an Associate Editor of the Journal of Zoo and Wildlife Medicine.  Dr. Jen is one of the most popular speakers at the largest veterinary conferences and has been quoted in national magazines including Better Homes & Gardens.  She was selected as a Future Leader by the AVMA and has been awarded 2 Gold Stars for contributions to veterinary medicine by the Florida Veterinary Medical Association.  She loves French bulldogs, Himalayan cats, the dirtiest of vodka martinis and basking on Caribbean beaches. 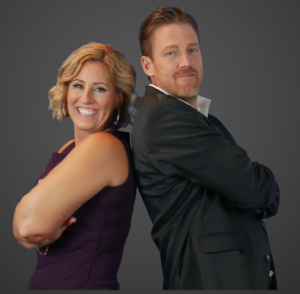 Dr. Jason Chatfield’s non-traditional career path started while still in vet school when he not only created his own clinical curriculum, but also convinced the Dean to approve it!  Dr. Jason spent his clinical year rotating through some of the country’s most prestigious captive wildlife collections including the San Diego Zoo and White Oak Conservation Center.  Following graduation, he became the Director of the Center for Tropical Ungulates and was responsible for one of the largest collections of rhinoceros, giraffe, warthog, and other critically endangered antelope.  Dr. Jason was then named the Vice-President for Animal Operations at Jungle Island in Miami, Florida.  He is a proud father of 3 kids.  His favorite things include Duke basketball, McDonald’s cheeseburgers, and embracing social distancing – even outside of a pandemic.